The sea has always attracted me – the blue endless horizon and the exotic distant shores. When you’re under the sails and grab the wind, you know that you could go further – the sea power is infinite. 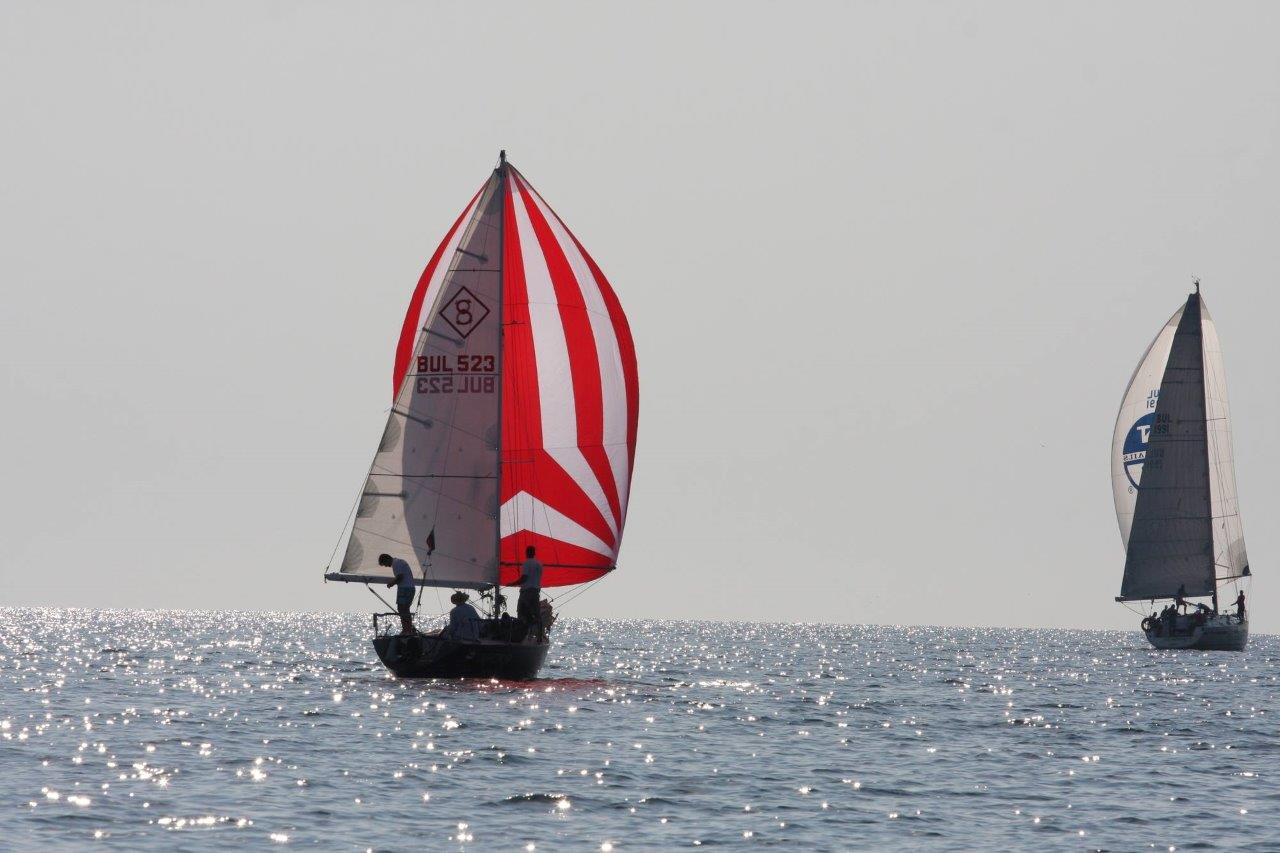 I got involved in sailing a long time ago. The first boat /1984/ was inflatable, Bulgarian and, of course, I did a sail plan based on the sketches from the ‘Speedboats and Yachts’ magazine. Then the next one was a fiberglass boat /1986/ with the following dimensions – 4.60/1.45 m., and a discarded matrix was used as a base. In 1987 Evgeni Dimitrov and I bought a refurbished aluminum lifeboat – 8.00/2.60 m. ‘Penguin’ had a Bulgarian diesel engine 2D and a sail plan from YAL 10. But … it didn’t have a ballast keel and could sail only with the wind. There were many reconstructions – ballast fin keel, new engine, new cabin, new sail plan, etc. We started to compete with ‘Penguin’ in regattas – the first one was Echo 1988 … and so until 2000, when I parted with it.

Then from 2000 to 2004 I was a skipper, responsible for Alnitak – a Peterson yacht for tourists, owned by the ‘Korabostroitel’ yacht club (which means ‘Shipbuilder’ yacht club). But my dream has always been to sail with my own boat. So, in 2002 I won ‘Castor’ at auction. The next two years we made a full renovation of the hull, mast and sails. The first sailing was on Cor Caroli 2014. When I was sailing with ‘Castor’, I felt the thrill of speed and tranquility that gives you your own boat, which you trust because everything on it has passed through your hands. Every year the boat competes in three or four regattas at least. In 2018 ‘Castor’ and I had the following awards: third place in the Port Varna regatta and second place in the Cor Caroli regatta.

I tried to be a boatbuilder. I calculated /by using Chine Hull designer/ and built Dinghy 132. This is a universal boat /3.40/146/100 kg/, sailing with the use of sails, motor or oars. There is a catamaran in my fleet – inflatable sailing ‘Feldkamp’ with the following dimensions: 4.00/2.00 m. It can be dismantled when transported – it is ready to sail in 30 minutes.

I was able to participate in several large voyages over the years. ‘Delivery’ from Varna to Ayvalik /Turkey/ with Staffan’s boat – ‘Galatea’. Then sailing with ‘Extasy’ from Italy – Punta Ala to Varna in 2006. But the longest and most interesting voyage for me was in 2008, when Alexey Minkov and I brought a brand-new boat from La Rochelle to Varna – DUFOUR 385 Grand Large.

The sea gives a lot – it teaches you discipline, hard work, organization, ability to recover and adapt. There is no technical service at sea – you have to handle on your own with all kinds of problems. There are a lot of things that attract people to go to the sea, but most of all it’s the feeling of freedom and infinity.